You are here: Home › News › Learn More › News › From Our Newsletter › Realities of Workers Nearing Retirement Age
By Craig Schrolucke on April 21, 2015 in From Our Newsletter
According to a 2013 survey by the Employee Benefit Research Institute, researchers say that the current generation reaching retirement was told that retirement would be wildly rewarding. They believed they would only have to work until age 65, retire happy and live in financial comfort. 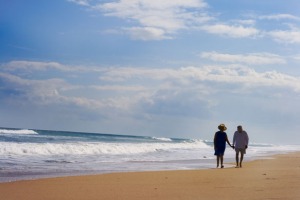 However, the reality of shortfalls in financial planning has them thinking otherwise. Researchers said that 65 percent of people nearing retirement age plan to work past the age of 65 or just not retire. More than 50 percent said they would definitely continue working after they retire.
Researchers wanted to see how employers felt about their older workers planning to continue working past the age of 65. As a rule, most of them were supportive of their older employees’ choices to continue working. Almost 90 percent of the employers interviewed said they were supportive of workers staying in the workforce past the age of 65 or after they retire. Almost 50 percent said they strongly agreed, and nearly 40 percent said they somewhat agreed.
Be sure to read our page on ways to help employees understand retirement!

For the majority of the generation reaching retirement age, retiring is no longer seen as a point in time where a person just stops working completely. It is now viewed as a transition or phase into lighter work. For some, it may be a transition into a different type of work. Researchers found that people who were nearing retirement had different expectations than what the reality of retiring was. Only 50 percent of the employers surveyed said they had systems in place to ease the shift of full-time work into part-time work. In addition to this, only about 20 percent of workers said they believed their employers had such systems in place.

With so many people planning to work past the age of 65 today, there are fears that age discrimination will be an issue. Researchers said that nearly 90 percent of employers saw their older workers as valuable assets for training and mentoring other workers. Another 85 percent said they thought their workers were an important part of institutional knowledge, and about 80 percent said their older workers provided more wisdom, knowledge and experience in life.

Researchers said that employers also thought older workers had higher health care costs. Experts say that employers have an opportunity to involve their workers nearing retirement in training, mentoring and succession planning. However, less than 40 percent reported using their valuable knowledge. While it is useful to implement such programs, it is especially important to help workers nearing retirement transition into it as easily as possible. These steps are helpful:

Overall, the idea for employers to remember is that their aging workers are valuable. Use their knowledge and wisdom while they are still there, but reward them and show appreciation with retirement benefits they can use.

Retirement Savings Is Important Yet Confusing for Most Employees

“Two-thirds of middle-income Americans are saving less than 5% of their annual incomes for retirement.”

What is a benefit statement?

Here's a definition for benefit statements

Benefit Statement, n. - A document showing an employee's total compensation, including all cash income and the value of all benefits;

Other Items About Employee Benefit Statements

Our Other Business Partners – myCafeteriaPlan.com

Cafeteria Plan Advantages to the Employer Include: Learn More